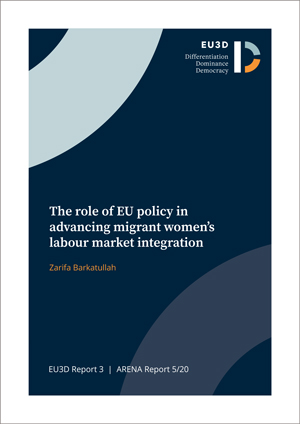 The terms ‘immigration’, ‘asylum’, ‘refugees’ have dominated recent discourse and scholarship pertaining to the European Union (EU). It is hardly surprising given the 2015 refugee crisis and the subsequent rise in the number of third-country nationals arriving in the EU as a result. On the other hand, recent trends in EU demographics show a rise in the ageing population, which is causing an increase in the labour work force dependency rate. This report aims to look at one critical aspect of this crisis that is the labour market integration of a particular demographic of third-country nationals, namely migrant women. Given the low rate of labour market integration of migrant women combined with rising immigration and ageing population of Europe, this report researches the role of EU policies in facilitating the labour market integration of migrant women.